Home News Viewpoint: Syria could be beginning of end for Trump 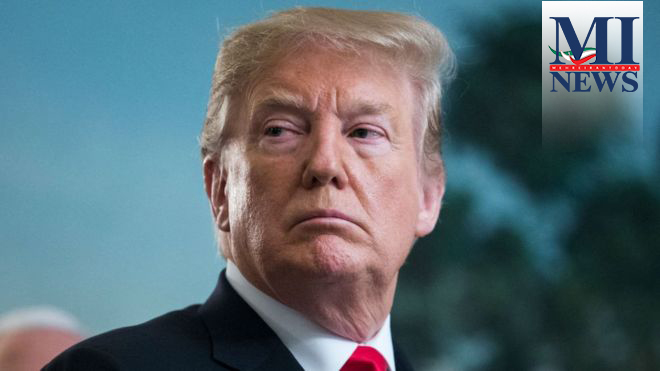 President Donald Trump’s policies on Syria are a disaster largely of his own making – one that could cost him re-election in 2020, says former US Assistant Secretary of State PJ Crowley.

There will not be an article of impeachment that includes Donald Trump’s latest decisions regarding Syria among his alleged high crimes and misdemeanours. But the strategic disaster unfolding following his capitulation to Turkish President Recep Tayyip Erdogan could well mark the beginning of the end of the Trump presidency.

Trump will survive impeachment – the Republican-controlled Senate is unlikely to convict him – although he continues to be his own worst enemy. The president believes the call with Ukrainian President Volodymyr Zelensky was “perfect.” The transcript the White House released presents strong evidence a crime was committed.

But Ukraine has already become a domestic political Rorschach test – there was a quid pro quo but many Trump supporters still choose to see a benign image.

Syria is different. It’s not something he can blame on Barack Obama or House Democrats. Notwithstanding the administration’s intent to punish Turkey with fresh sanctions, this is a crisis largely of Trump’s making.

To Trump, his decision to withdraw US forces from the contested areas along the border between Syria and Turkey is consistent with his electoral mandate, extracting US forces from complex and costly Middle East conflicts.

As he tweeted, “it is time for us to get out of these ridiculous Endless Wars,” adding with capitalised emphasis, “WE WILL FIGHT WHERE IT IS TO OUR BENEFIT, AND ONLY FIGHT TO WIN.”

While it’s tempting to ignore his many erratic and contradictory statements and tweets, in this case, Erdogan read Trump like a book, and played him like a fiddle.

When Erdogan told Trump in a recent phone conversation that he planned to send forces into Syria to eliminate the possibility of an autonomous Kurdish region along Turkey’s border, it’s likely he anticipated that Trump would offer minimal resistance.

After all, in another conversation in late 2018, Trump signalled his strong desire to withdraw US forces from Syria, reportedly telling Erdogan, “OK, it’s all yours. We are done.” Secretary of Defense James Mattis resigned as a result, one of the last national security “adults in the room” willing to contain Trump’s impulses.

Ten months later, when Erdogan decided to act, he knew he was pushing against an open door.

While Trump’s policy has elicited bipartisan criticism, even from Senate Majority Leader Mitch McConnell, many Americans are weary of Middle East wars and support bringing the troops home.

But Trump did it in just about the worst possible way.

The relatively small US contingent, together with British and French counterparts, were there to prevent a resurgence of the Islamic State and act as a buffer pending a diplomatic process to chart how Syria would be reconstructed and governed going forward.

Despite his business background, Trump ceded whatever leverage the United States might have had to shape a new and improved Syria to Russia, Iran, the Assad regime and even the Islamic State.

Syrian and Russian forces have moved into the vacuum created by the American withdrawal. An unknown number of Islamic State fighters escaped Kurdish custody in the mayhem following the Turkish incursion. How Trump’s get-out-of-the-way strategy fits into his maximum pressure campaign against Iran is anyone’s guess.

“Why do we need to be the policemen of the world?”

For many of Donald Trump’s supporters attending his rally in central Minneapolis, their opinion on Turkey’s assault on Syria – coming after US troops were pulled out of the city – was the same.

“I think it’s great we’ve stopped involving our troops in their problems in Turkey and Syria,” said 24-year-old Alex Ledezma. “We’re not their babysitters.”

Melissa Erra, 52, said: “What’s going on there has been going on for hundreds of years. How many of our people have to die over there, for something that’s not our cause? It’s going to continue whether we are there or not.”

But Marine Corps veteran Eric Radziej had a different take.

“I thought it was a mistake to pull out of Afghanistan so quickly. But if it goes bad, we’ve never said we wouldn’t go back. In Afghanistan, we waited too long to go back.”

He added: “There are other partners that could go in. We can’t carry the weight of the world all of the time.”

Even more significantly, the credibility and reliability of the United States as an ally is now an open question, in the Middle East and beyond.

Trump dismissed the importance of the battle-tested relationship that had developed between American forces and the Kurds during the campaign against the Islamic State caliphate. The Kurds were the vanguard of the forces on the ground that retook Raqqa and other ISIS strongholds.

The Kurds, Trump said, “didn’t help us with Normandy.”

There is a lot to unpack there.

Some Kurds fought on the allied side during World War Two, but there was no recognised Kurdish state then, or now for that matter.

Germany and Japan, both staunch American allies now, were adversaries back then. Others – think South Korea and Israel – were occupied or not yet independent states.

Japan and South Korea are already nervous that Trump’s pursuit of a deal with North Korea will fail to address their legitimate security and human rights concerns. Trump’s cavalier attitude towards the Kurds will only exacerbate those concerns.

None of this is reassuring to a majority of countries who are today Nato allies, or any country in the Middle East that relies on the United States for its security. They don’t pass Trump’s D-Day test either.

Saudi Arabia was already sufficiently unnerved about Trump’s flip-flop regarding Iran – ordering a military strike in response to the downing of an American drone only to abruptly call it off – that it is reportedly exploring a back channel dialogue with Tehran. Rather than isolating Iran, Trump is precipitating a regional accommodation.

Syria brings Iran right to Israel’s doorstep. The more Israel feels it is left to confront Iran alone, the greater the risk of a direct military confrontation that would inevitably draw in the United States. This is precisely the destructive dynamic Obama and his European counterparts thought they had ameliorated with the nuclear deal that Trump scuttled.

America’s network of global alliances is fundamental to its national security and international stability. And Trump is actively undermining it. The evidence is mounting and in plain sight.

While he has made no secret of his scepticism regarding America’s leadership responsibilities, Syria underscores how badly Trump is doing at his primary job, advancing the national interests of the United States, and in the process those of its key allies.

There are real costs to his preference to withdraw the United States behind his fantastical wall and let the world fend for itself.

The good news is that is not a state of affairs that most Americans support. In a recent Chicago Council on Global Affairs poll, a decisive majority of respondents favoured a more active US role in the world, supported its regional alliances and saw value in international trade.

This is a telling rejection of the main pillars of Trump’s foreign policy. Syria, along with his continued blind spot regarding Russia, demonstrates that he is also mismanaging international relations. He has lost sight of the national interest in pursuit of his own political interests.

Taken together, they should cost Trump re-election. The bad news is American voters will have to wait until next November to choose a different president, and a different foreign policy.

World Leaders Agree to Back Away From Interfering in Libya

January 20, 2020
San Francisco 49ers running back Raheem Mostert, right, celebrates his touchdown with quarterback Jimmy Garoppolo during the second half of the NFL NFC Championship...

January 20, 2020
President Donald Trump's legal team on Monday filed a lengthy response to charges he abused his office and obstructed Congress, decrying the attempt to remove him from office...

World Leaders Agree to Back Away From Interfering in Libya

January 20, 2020
Participants attend the Libya summit in Berlin, Germany, Jan. 19, 2020, hosted by Chancellor Angela Merkel, seated in the center. To her right is...
0FansLike
0FollowersFollow

China scraps some US tariffs ahead of trade talks