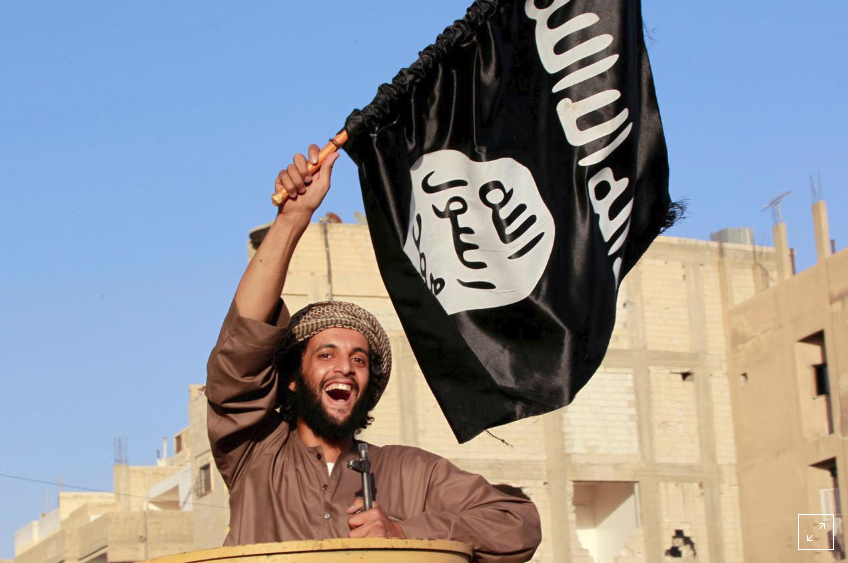 DEIR AL-ZOR PROVINCE, Syria (Reuters) – Hundreds of Islamic State militants have surrendered as they left the group’s last enclave in eastern Syria amid more than 6,500 people, mostly civilians, who were evacuated in the last 24 hours, a spokesman for the U.S.-backed Syrian force battling the jihadists said on Tuesday.

Islamic State (IS) faces defeat in Baghouz on the banks of the Euphrates, but it still holds remote pockets of land further west and has launched guerrilla attacks in other areas where it has lost control.

The Syrian Democratic Forces (SDF) said on Monday they had slowed their assault on Baghouz because more civilians, previously thought to have completely evacuated, were trapped in the enclave, but they promised to capture it soon.

Mostafa Bali, head of the SDF media office, said that among some 6,500 people fleeing since Monday after the SDF opened a corridor for them to flee, hundreds of jihadists had surrendered.

It was not possible to independently verify the number and SDF officials also said it was difficult to estimate how many people were left.

“For the second consecutive day our forces had succeeded in evacuating more than 3,500 between women, children and men. There were more than 500 men mostly from foreign nationalities,” Bali told Reuters. Around 3,000 were evacuated on Monday.

The militant fighters hail from a number of countries including Uzbekistan and Turkmenistan.

The SDF, led by the leftist Kurdish-YPG militia, has also attracted fighters from radical secular Marxist volunteers from across Europe who are ideologically opposed to Islamist groups.

Baghouz, a collection of hamlets and farmland near the border with Iraq, is the last patch of populated territory that IS still holds in the area straddling the two countries where it declared a caliphate in 2014.

Reuters photographs from Baghouz on Tuesday showed mostly women and children who had been evacuated on Monday waiting to be sent to a camp to the north under SDF control, al-Hol.

The United Nations said last week that at least 84 people, two-thirds of them young children, have died since December on their way to al-Hol camp. The camp now holds at least 45,000 people, according to Jens Laerke, spokesman of the U.N. Office for the Coordination of Humanitarian Affairs (OCHA), who said many people had arrived exhausted, hungry and sick.

While the capture of Baghouz would mark a milestone in the fight against IS, the group is expected to remain a security threat as an insurgent force with sleeper cells and some pockets of remote territory.

Harry and Meghan say they’re ‘stepping back’ from the royal family....

Daryl Impey wins Tour Down Under 2019