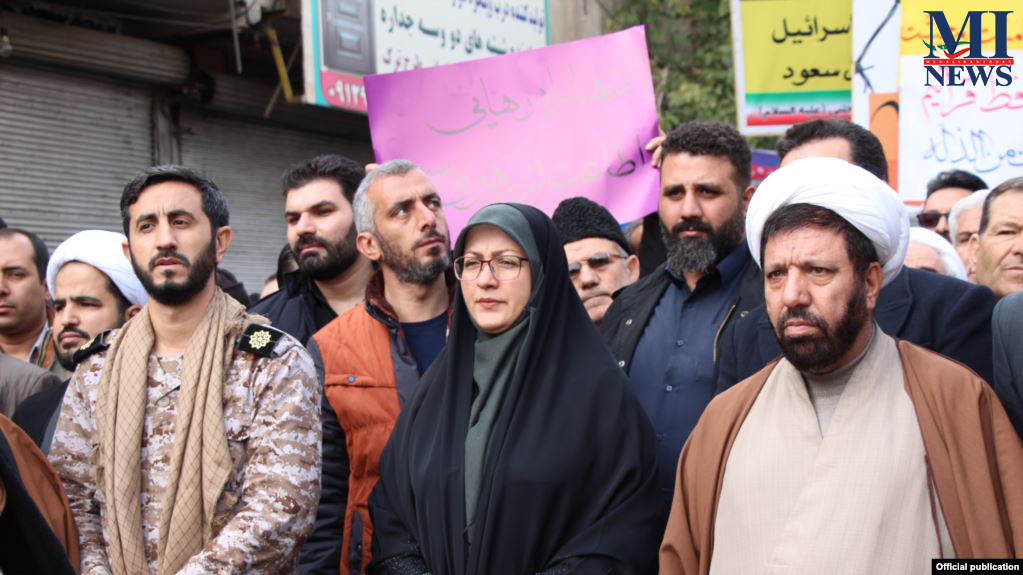 The governor of Qal’eh Hassan Khan (Qods township) has claimed responsibility for ordering the Islamic Republic security forces to open fire on protesters who had invaded the governor’s building.

Speaking to the government’s official daily, Iran on Sunday, December 1 Layla (Leila) Vaseqi admitted that the Islamic Revolution Guards Corps (IRGC) forces had been active in suppressing the protesters from day one of the anti-regime demonstrations in November.

The 47-year old Russia and Tajikistan-educated Ms. Vaseqi has also asserted that most of the guards deployed at the governor’s office had moved out to protect the City Hall when protesters swarmed to attack her office.

Insisting that she did not know who ordered the removal of guards from the governor’s building, Ms. Vaseqi maintained, “A few guards were left, and when they saw a swarm of enraged people advancing towards the governor’s headquarters, they retreated [into the building]. Therefore, angry protesters broke down the gate and invaded the compound.”

Furthermore, according to Ms. Vaseqi, swaggering protesters dared to challenge the few guards left at the site.

“Shoot us if you can, the protesters chanted; since they knew that the guards had no permission to open fire,” Vaseqi said, proudly adding, “As the governor, I immediately ordered the security guards to shoot anybody stepping inside the governor’s building.”

However, Ms. Vaseqi stopped short of divulging the number of people shot after her order.

Meanwhile, she admitted that after the governor’s compound fell to the invading protesters, she left the site, went to the IRGC’s base and returned with more armed forces.

A dissident website outside Iran, pro-Green Movement, Kalemeh reports that protests in Qal’eh Hassan Khan, the center of Qods township, left eight to ten killed, and many more injured.

The township was one of the hubs of the recent anti-regime protests in Iran.