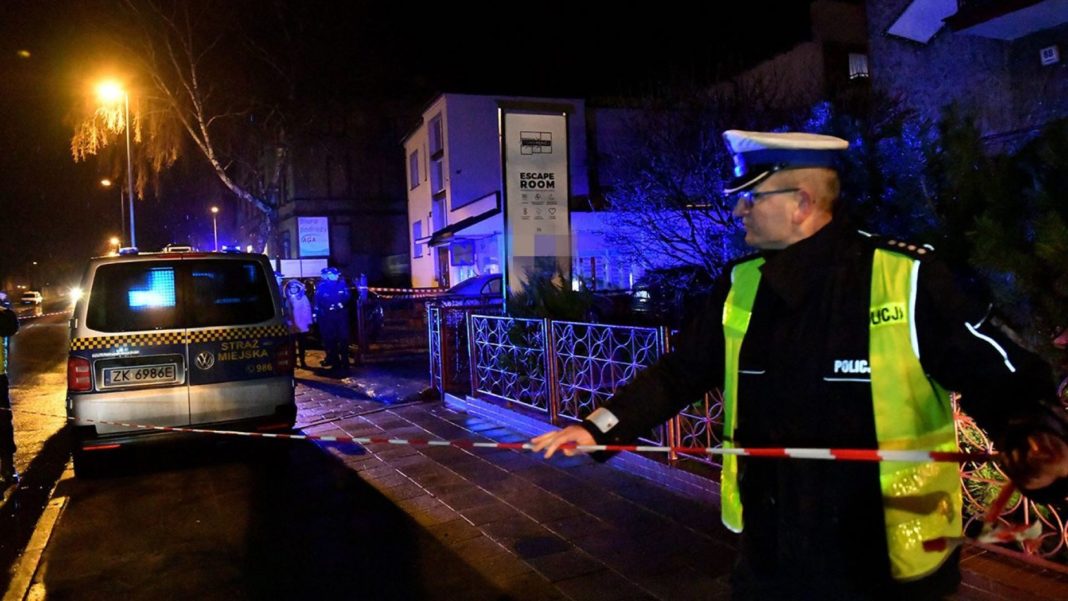 A blaze erupted at a Poland-based “Escape Room” location and claimed the lives of multiple teenagers, officials said Friday.

The deadly inferno started at roughly 5 p.m., according to Monika Kosiec, a police spokeswoman in Koszalin.

All of the deceased individuals were 15-year-old girls, according to Interior Minister Joachim Brudzinski. Their remains were recovered from the scene after responders extinguished the fire, Kosiec said.

The fire also injured a 25-year-old man, who suffered burns and was transported to the hospital, the police official said.

In a translated tweet, Brudzinski expressed his sympathies for the victim’s families. He also ordered fire safety controls in all “Escape Rooms.”


In an “Escape Room” game, the players are locked inside a room or building and must find clues that help them get out.

Countries Around World Gear Up Response to New Coronavirus

Khamenei Representative Calls For ‘Capture’ Of US Embassy in Baghdad

US Judge Awards $180M to US Reporter Formerly Held by Iran